TRIPOLI, Libya — In a surprise move Tuesday (31 May), Libya’s Supreme Court delayed until 15 November its ruling in the case against five Bulgarian nurses and a Palestinian doctor who were accused of spreading the HIV virus in Benghazi. A lower court sentenced the six medics to death more than 12 months ago. The Supreme Court judges said they need more time to review evidence in the case. The announcement came only days after President Georgi Parvanov’s meeting with Libyan leader al-Gadhafi. 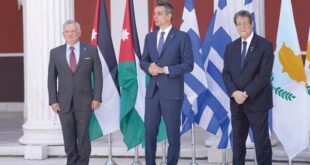 The Disciplinary Commission of Bosnia’s High Judicial and Prosecutorial Council, HJPC, the country’s most senior …