Ahmadinejad says Israel should be moved to Europe

‘Now that you believe the Jews were oppressed, why should the Palestinian Muslims have to pay the price?’
TEHRAN (AFP) â€” Iran’s President Mahmoud Ahmadinejad said Thursday that if Germany and Austria feel responsible for massacring Jews during World War II, a state of Israel should be established on their soil.

Ahmadinejad, who sparked an international outcry in October when he said Israel “must be wiped off the map,” also repeated his view that the Jewish state was a “tumour.”

“Now that you believe the Jews were oppressed, why should the Palestinian Muslims have to pay the price?” the hardline president asked in an interview with Iran’s Arabic-language satellite channel, Al Alam.

“Why did you come to give a piece of Islamic land and the territory of the Palestinian people to them?

“You oppressed them, so give a part of Europe to the Zionist regime so they can establish any government they want. We would support it,” he said, according to a transcript of his original Farsi-language comments given to AFP.

“So, Germany and Austria, come and give one, two or any number of your provinces to the Zionist regime so they can create a country there which all of Europe will support and the problem will be solved at its root,” he said.

“Why do they insist on imposing themselves on other powers and creating a tumour so there is always tension and conflict?”

Al Alam said Ahmadinejad was speaking in the Holy City of Mecca in Saudi Arabia where he was attending a two-day meeting of the Organisation of the Islamic Conference that opened Wednesday.

“Is it not true that European countries insist that they committed a Jewish genocide? They say that Hitler burned millions of Jews in furnaces… and exiled them,” Ahmadinejad told Al Alam.

“Then because the Jews have been oppressed during World War II, therefore they [the Europeans] have to support the occupying regime of Quds [Jerusalem]. We do not accept this,” he said.

He also noted that European countries “believe in this so much and are so determined that any researcher who denies it [the Holocaust] with historical evidence is dealt with in a most harsh way and sent to prison.”

The Holocaust was Nazi Germany’s systematic slaughter of an estimated six million Jews between 1933 and 1945, mainly in the latter years of World War II.

Official Iranian media frequently carry sympathetic interviews with Holocaust revisionist historians â€” who attempt to establish that the number of Jews killed by the Nazis was wildly exaggerated. Iran refuses to recognise Israel.

Ahmadinejad said his second proposal was for “a referendum in Palestine for all the original Palestinians” to decide on the future of what is now Israel, the Gaza Strip and West Bank. 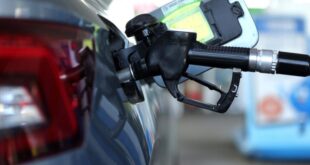 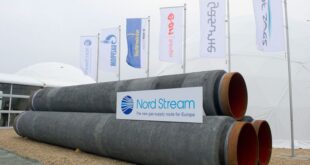 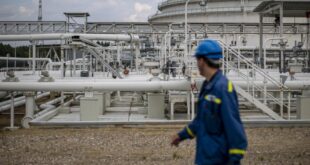