Syria and Iran signed on Tuesday a Memo of Understanding to revive the Islamic heritage as well as organizing seminars, exchanging information.Â Â Minister of Islamic Endowments Ziad al-Din al-Ayyobi and Iranian Minister of Culture and Islamic Guidance Mohammad Hussein Safar Harandi signed the Memo during a meeting held in Tehran Tuesday.Â

The Memo provides for cooperation in holding conferences and forums to come out with positive activities that could be a strong defense against foreign attempts to attribute Islam to terrorism or offend Prophet Mohammad. It also includes items to cooperate in the fields of researches and studies related to reviving Islam heritage, exchange expertise regarding preserving the Holy Koran, publishing and distributing the Heavenly Book. Earlier, Representative of the Iranian Revolution Spiritual Leader Sheikh Kadi Nouri Mufiedi underlined the Iranian peopleâ€™s support to Syria and her national and brave stances. â€œIran and Syria share one stance vis-Ã -vis the Zionist enemy and US pressures,â€ Sheikh Mufiedi said during a meeting with Minister Ayyobi, adding â€œthe Islamic nation should be united in order to confront the hostile campaigns against Islam.â€ Minister Ayyobi, for his part, described relations between the two countries as distinguished, saying those ties are witnessing increasing development in all fields, particularly in spiritual and religious ties.

Post Views: 180
Previous Syria-Iran Relations are Example to be Followed, Iranian Official Says
Next Pope Calls for Dialogue with Islam 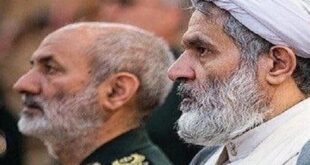