Comment on Dr Fereydun Hilmi’s article: SOS â€“ Is there anyone out there! Tuesday, August 15, 2006, KurdishMedia.com

I applaud your tongue-in-cheek rhetoric and am personnally grateful that you write your opinion for the world to hear rather than force it by using your, obvious intelligence, to mentally overpower and generally sweet talk some disenchanted young individual to blow himself up murdering hundreds of families, most your own fellow countrymen.

What’s funny is that you have done a fantastic job of describing how I feel about people such as Saddam Hussein, Abu Zarqawi and others of their ilk who send their recruits to the war fronts, to conduct their business for them, in a way so similar to that you described about Bush and Blaire.

Images of Abu Zarqawi, obviously overwieght from the good food, lack of deprived conditions he forced on his recruits, and unable to even fire a machine gun come to mind.

I read your latest article, “SOS – Is anyone out there?” as well and enjoyed your humor, and off beat way of airing your grievances. At least this way, I can try to understand your criticisms and try to come to terms with what you are really trying to say. (It’s so hard to listen when you have bullets and body parts flying around!)

Maybe, just maybe, if people like yourself, would speak up against the nastiness of your own kind, in the same way you discuss the impartiality and destructiveness of the Americans, more people would listen to you.

You’re persuasive, well educated and although I disagree with most of your points, I’m fairly certain, we would leave the table agreeing to disagree.

In the end, you would still have your loving family to go home to and I would have mine in my arms again as well. But hopefully, we would go away richer, satisfied by our companionship, shared over Chai.

Outside of our differences, the main problem (and it’s only a feeling, mind you) is your inability to take constructive criticism. I’m not a politician, I don’t even think I have as natural a command of the English Language as you! But I hear your voice. I sense your intelligence and am thankful for your willingness to speak to the crocodiles. To bad, you don’t listen to us. Bottom Line, Take care of your people, stop killing them, don’t force YOUR views on them and we won’t force ours. What? Oh, damnit, the voice-emitter is broken, you obviously don’t understand.

Maybe this once, I’ll forgo my obvious, bloodthirsty ways and leave the Mongolian Server open so that you can continue to communicate, let me know when it becomes two-way again… I know, completely off the mark, couldn’t help myself. But now that you’ve at least met one of us, and I’ll take being called a crocodile, you too, need to step outside of your comfort zone, outside of what you believe is your moral, God-given right and see if maybe you’re not a crocodile yourself. 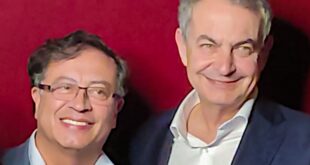 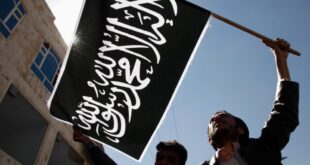 Despite the emergence of the November 2020 rumors about Ayman al-Zawahiri’s death, the elderly Egyptian …