TEHRAN (Fars News Agency)- Ambassador of the Republic of Azerbaijan to Tehran voiced his country’s enthusiasm for transferring its oil to the waters of the Persian Gulf.

Speaking in a meeting with governor-general of the Iranian province of East Azarbaijan, Abbas Ali Hasanev also stated that his country is also keen on launching direct flights between the Azeri capital city of Baku and Iran’s northwestern city of Tabriz as well as importing wheat from East Azarbaijan.

He called on the two sides to make an optimum use of the existing potentials to boost cooperation and expand relations.

The envoy pointed to tourism and cultural activities as two very proper grounds of cooperation, which could help to the development of the two countries’ relations, reminding neither Iran nor Azerbaijan has made an appropriate use of the potentials available in the said two areas.

For his part, governor-general of East Azarbaijan province of Iran voiced his displeasure with the level of two countries’ ties, and called for the removal of the barriers residing in the way of the development of Iran-Azerbaijan relations.

He also reiterated the need for the consolidation of ties and reminded that officials of both states should not allow others to impair the two countries’ relations.

Mohammad Kazem Me’mar-zadeh also welcomed construction of an oil pipeline from the Republic of Azerbaijan to free ports via the refinery of the provincial capital city of Tabriz, and said the measure could pave a strong and active ground for the export of Azerbaijan’s oil to East Asia.

He called for the establishment of Tabriz-Baku air route and railroad and further voiced his province’s readiness for exporting wheat to the Republic of Azerbaijan.

The official also underlined the need for exchanging cultural heritage and tourism experts by the two sides and meantime called for the reconstruction of the historical and cultural centers of the Republic of Azerbaijan.

Post Views: 36
Previous Iran’s Samand to Be Exported to East Europe
Next Muslim-Christian Coexistence No More Disturbed by Pope’s Statements 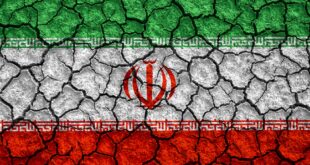 Iran and the Divisive Rule of the Mullah