While having substantially declined since1998, the level of poverty among children in Southeast Europe (SEE) and the Commonwealth of Independent States (CIS) is still too high, according to a new UNICEF study, released on Wednesday (October 18th).Â

The number of children under 15 living on less than 1.72 euros a day has dropped from 32 million eight years ago to 18 million in 2003, the last year for which data was available, the report issued by UNICEF’s Innocenti Research Centre said. But one in four children in that age group still lives in extreme income poverty, it found.

The percentage ranged from 5% in BiH to 80% in Kyrgyzstan, according to the study. Rates of deprivation were higher for children in each of the countries surveyed than for adults.

The 135-page study covers six SEE countries – Albania, Bosnia and Herzegovina (BiH), Bulgaria, Croatia and Romania – and all former Soviet republics, except for Estonia, Latvia and Lithuania, which joined the EU in 2004. With Serbia and Montenegro still part of a common state in the year for which figures were available, they are included in the report as a single country.

The percentage of children living on less than $2.15 a day in 2003 in Macedonia and Serbia-Montenegro was 6% and 7%, respectively. In Bulgaria it was 8%, double the share of adults living in extreme deprivation. The rate of child poverty in Romania and Albania was 21% and 30%, respectively.

According to Innocenti Research Centre Director Marta Santos Pais, child poverty has become more concentrated. Children in large or non-nuclear families, children living in institutions, in rural areas and disadvantaged regions, and children belonging to ethnic minorities are the worst affected, she said.

The research indicates that economic upturn has not translated into a sufficient increase in social spending. Progress in lowering child mortality rates — and boosting health indicators and enrollment in pre-school and higher secondary education — has been sluggish.

“Child poverty should be the number one concern of governments in the region,” Maria Calivis, UNICEF’s director for the SEE/CIS region, said. “Children continue to be placed in institutions, the numbers are not decreasing, and this is despite a sharp decline in the birth rate … If the true potential of all these countries is to be achieved, there must be adequate investment in services for children.”

The future of the region depends on a healthy and educated generation, the report’s authors say, urging governments in the Balkans and CIS to adopt policies aimed at improving child well-being and to make better use of available resources.

Countries also are urged to move away from placing children in institutions and towards supporting families in crisis. Given the demographic issues — falling birthrates — that SEE countries in particular are experiencing, the UNICEF experts recommend that much more social support be provided to young families. 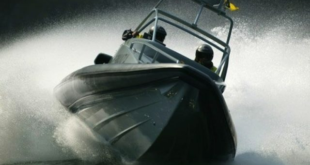 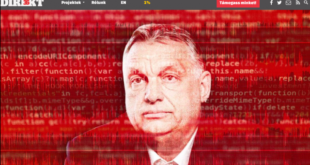