The move deepened political strife in the Balkan European Union newcomer, which analysts say may struggle to meet the bloc’s requirements on structural reforms and prepare to absorb billions of euros in aid.

The suspension, passed in a vote of 322 deputies to 108, opens the way for a national referendum on his impeachment within 30 days although Basescu said this week he would resign if suspended.

“Traian Basescu is a political project that failed. He is incapable of pushing the country forward, of uniting it,” Mircea Geoana, head of the leftist opposition party PSD, told parliament during the debate.

Basescu has faced numerous accusations of abusing power from the ruling centrists as well as the leftist opposition in recent months as politicians across party lines jostle for influence following EU accession in January.

The suspension was proposed by the leftist opposition party PSD, in what analysts said was an attempt by the Social Democrats to regain power and boost public support badly damaged by corruption scandals.

Their charges against Basescu, which the constitutional court said were groundless, included fomenting political instability, putting pressure on the judiciary and interfering in favour of interest groups.

In a last minute attempt to sway deputies to vote against Basescu, the PSD also accused him on Wednesday of blackmailing constitutional court judges to clear him.

The straight-talking Basescu, Romania’s most popular politician, denies the accusations.

Romania may see the EU refuse to accept the decisions of its courts if anti-corruption reforms do not continue, or it could lose export markets if food safety standards are not met. 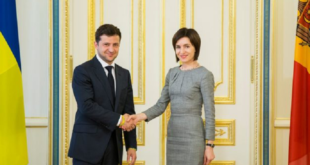 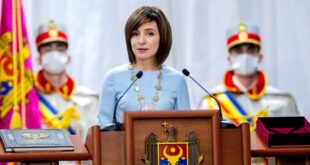