Brussels and Moscow signalled their readiness Monday (May 21st) to step up efforts towards settling a long-running dispute over Polish meat exports, one of the issues on the agenda of a contentious EU-Russia summit last week.

According to a European Commission (EC) spokesman, EU Health Commissioner Markos Kyprianou sent a letter to Russian Agriculture Minister Alexy Gordeyev proposing that expert talks on the issue be held “as soon as possible”.

“We wish to treat this matter with urgency and make progress,” EC health spokesman Philip Tod told reporters Monday. “We are ready to meet at the earliest convenience of the Russian authorities to try and take this matter forward.”

Russia imposed a ban on meat imports from Poland in November 2005, citing concerns over Polish food safety controls, and has refused to lift its embargo despite EU assurances that such fears are unjustified.

Viewing the move as politically motivated, Warsaw is in response blocking the start of talks on a new EU-Russia partnership and co-operation agreement. The existing accord, which has been in force since December 1997, is set to expire in November. A new pact would cover a broad range of issues, including energy supplies, economic co-operation and trade.

Kyprianou and Gordeyev met in the Cypriot resort city of Limassol last month in a bid to resolve the meat row ahead of the EU-Russia summit, but made no breakthrough.

Questioning Russia’s reasons for continuing the ban, Barroso said that if there were justification for such a move, Poland would not be allowed to circulate meat in the EU. “It is very important if you want to have close co-operation to understand that the EU is based on principles of solidarity,” Barroso said at the end of the summit Friday, noting that Poland could not be isolated from the rest of the Union.

Three days later, Putin told his government to step up agricultural trade talks with the EU, signalling Moscow’s readiness to work towards resolving the dispute that has further strained ties with the 27-nation bloc, a key market for Russia, particularly for its energy exports.

“I ask you to intensify this dialogue,” the Russian leader was quoted as telling Gordeyev during a cabinet meeting Monday. “We have to do this. It is necessary to depoliticise these questions and resolve the problem on a professional, expert level.” 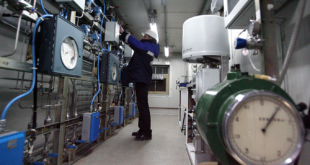 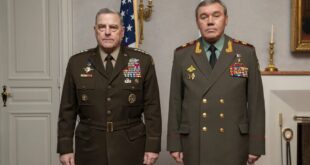