BEIRUT (AP) â€” Supporters of slain former Lebanese prime minister Rafiq Hariri cheered and wept â€” and some even danced in the streets â€” late Wednesday to celebrate the UN Security Council approval of the international tribunal to prosecute suspects in his killing.

About 200 people holding flags cheered as some cried near Hariri’s downtown Beirut grave as a giant screen broadcast the Security Council vote live from New York. Dozens of people prayed before the vote was taken.

Holding back tears, Hariri’s son, Saad Hariri, said the vote was a turning point in Lebanon that would protect the country from further assassinations.

“We do not seek justice for the sake of revenge, but we seek accountability and truth,” he said in a televised speech.

US-backed Prime Minister Fuad Siniora, a longtime confidant of the late Hariri, also called the tribunal “a triumph for Lebanon against injustice, crime and tyranny”. He urged the Lebanese to put their differences behind, saying the approval of the tribunal was a “positive step” for renewed dialogue to work together.

The issue of the Hariri tribunal has sharply polarised Lebanon. It is at the core of a deep political crisis between the Western-backed government and the Syrian-backed Hizbollah-led opposition. The crisis has taken on an increasingly sectarian tone and has erupted into street battles in recent months, killing 11 people.

Fearful that the celebrations would turn violent between pro-government and opposition factions, the interior ministry banned the public from firing guns in the air, releasing fireworks and using motorcycles from 8:00pm (1700 GMT) Wednesday to 5:00am (0200 GMT) Thursday. Some of the bomb attacks in Lebanon have been blamed on assailants riding motorcycles.

Most of Beirut’s other neighbourhoods were empty after the vote as people stayed indoors fearing trouble after days of tension leading up to the vote and because of ongoing fighting between the army and Islamist fighters at a Palestinian refugee camp in northern Lebanon.

After the vote, a small concussion bomb exploded near a church in Beirut’s southern suburbs, causing no damage or casualties, police said.

The Security Council narrowly approved the draft resolution Wednesday that unilaterally creates a tribunal outside Lebanon under Chapter 7 of the UN Charter, which deals with threats to international peace and can be militarily enforced.

US-backed Lebanese Prime Minister Fuad Siniora asked the council earlier this month to establish the tribunal. He cited the refusal of opposition-aligned Parliament Speaker Nabih Berri to convene a session to ratify the statutes to create the tribunal.

The resolution gives the Lebanese parliament a last chance to establish the tribunal itself. If it doesn’t act by June 10, the UN-Lebanon agreement will automatically “enter into force”. Hariri and 22 others were killed by a massive truck bombing in Beirut on February 14, 2005, and the Security Council authorised a commission to investigate the assassinations.

A 2005 report by a former chief investigator implicated Syrian and Lebanese intelligence services in his assassination. Syria denied any involvement but was forced to withdraw its troops from Lebanon, ending a 29-year presence. Four pro-Syrian Lebanese generals, accused of involvement in Hariri’s murder, have been under arrest for 15 months.

Syria’s official news agency, SANA, citing an official source said Wednesday there was “no change in the Syrian stance” over the tribunal.

“The formation of the international court under Chapter 7 is considered as a degradation of Lebanon’s sovereignty that might lead to more deterioration of the situations on the Lebanese field,” SANA reported.

Saad Hariri earlier warned that Syria’s allies in Lebanon might create trouble to show that the creation of the tribunal would plunge Lebanon into chaos.

“Yes, the Syrian regime is preparing a fifth column to fire [guns] in the air and carry out provocation attempts to tell the world that the approval of the tribunal will be an opportunity for major problems in Lebanon,” Hariri said in a newspaper interview, excerpts of which were published Wednesday by the Hariri-owned Mustaqbal newspaper. 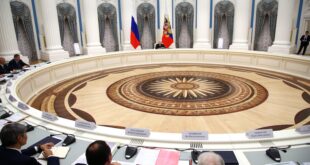 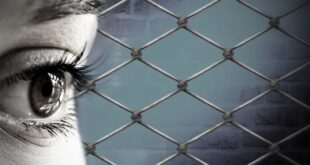