Gunbattle in the area of Shalazhi village

Kavkaz Center sources reports that the village of Shalazhi (Urus-Martan district) has been blocked by the invaders since the early morning of 13 June.A punitive “cleansing” operations is carried out in the village.
After the invaders had surrounded the village, a fierce gun battle flared up in the outskirts of this populated area, according to a source. The battle started at 7 a.m. At 5 p.m., local time, the fierce fighting, explosions and canonnades were still continuing, according to the report.

KC source reports that it doesn’t have precise information about the events in the village of Shalazi. The inhabitants of the adjacent villages say that they have been hearing the sounds of a fierce battle for many hours already.

Chechen Mujahideen attacked enemy in the area of Tazen-Kala village

Yesterday (June 13), Chechen Mujahideen attacked armed units of national traitors who were moving in several UAZ vehicles in the area of Tazen-Kala village, Vedeno district. Three “UAZ” vehicles were destroyed by heavy fire on the passing military convoy, according to a Chechen fighter named Salavdi, who talked on the phone with a correspondent from the Chechen edition of “Radio Liberty” (“Marsho”).

The national traitors retreated in panic from the site of the battle, leaving their dead and wounded comrades behind, according to him. The Chechen troops carried out this military operation without losses and left for their base, emphasized Salavdi.

Meanwhile, the occupation sources, as always, didn’t report anything about this and the other clashes in the mountain areas of Chechnya. The only thing they reported were the voluntary-forced meetings in Johar in “support” of war criminal Putin.

A source in the Chechen command reports that Mujahideen squad attacked a Chechen national traitors’ convoy by arranging an ambush in the morning of June 13. Chechen Mujahideen used grenade launchers, heavy machines guns, and AK guns.

According to the Chechen side 6 munafiqs (national traitors) were eliminated and 4 others were seriously wounded as a result of the attack. According to radio intercept a munafiq commander was among the wounded ones. Chechen Mujahideen did not incur any losses in this action. 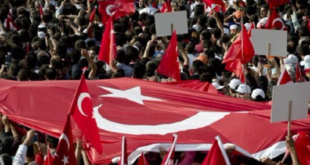 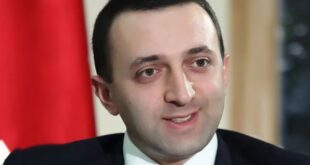