LONDON, United Kingdom — The government announced on Thursday (June 21st) that it is planning to review rules restricting the hiring of Bulgarian and Romanian workers. Under current regulations, Britain admits no more than 20,000 unskilled workers from both countries as well as a limited number of skilled professionals and students.Â The British labour market is open to nationals of all other EU members, including the ten countries admitted to the Union before Bulgaria and Romania. A newly established Migration Impacts Forum, composed of experts from the business sector, the police and local governments, will participate in the review.

In other news Thursday, Bulgaria’s Transport and Communications Ministry announced that it has suspended the operating licences of four local cargo carriers, and stopped a fifth from flying to EU countries, for failing to meet EU safety requirements. Before Bulgaria entered the Union in January, the European Commission voiced concerns over air safety and introduced safeguards on civil aviation.

On Friday meanwhile, EU Regional Policy Commissioner Danuta Huebner met with Bulgarian Finance Minister Plamen Oresharski and sealed a deal that provides billions of euros in funding between now and 2013. 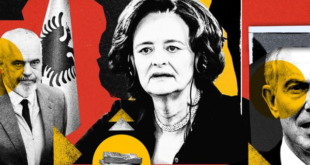 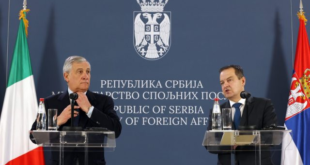