The remains of 28 victims from the 1974 Cyprus conflict were buried on Thursday (July 12th) in separate ceremonies in the northern Turkish and southern Greek part of the island. The DNA analysis identified 13 Cypriot Turks and 15 Cypriot Greeks whose remains were found earlier this month in mass graves near the island’s partition line. Forensic experts have since exhumed 300 bodies from multiple graves on both sides of the line.According to UN data, 1,468 Greek Cypriots and 502 Turkish Cypriots are still listed as missing as a result of intercommunal violence in 1963-64 and the 1974 Turkish military invasion.

In other news, Turkish Cypriot officials canceled a meeting between the two leaders of the divided island because of a dispute over a football match. An aide to Turkish Cypriot leader Mehmet Ali Talat said plans for a meeting with Cypriot President Tassos Papadopoulos are on hold. 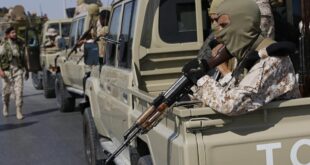