THE senior British official was unequivocal. The murder of the former KGB man Alexander Litvinenko was “undeniably state-sponsored terrorism on Moscow’s part. That is the view at the highest levels of the British government”.

This official had access to the latest police and intelligence findings, and he was reflecting the views of senior Home Office counter-terrorism officials, Scotland Yard detectives and others with close knowledge of the murder investigation. All confirmed last week that they believe the plot to poison Litvinenko in London last year was ordered by the Russian secret service, the FSB.

In Moscow, strong words were also being used. Russian security circles wanted to intensify the “new cold war” with Britain caused by the murder.

Yet after a round of tit-for-tat expulsions – and the curious incident of the hitman in the Hilton – the heat has gone out of confrontation.

If Gordon Brown and David Miliband, his foreign secretary, believed that the FSB murdered a British citizen on British soil then their response was surprisingly low down the diplomatic Richter scale. Oleg Gordievsky, the KGB defector, called it “totally pathetic”.

Equally, if Vladimir Putin, former KGB spy and boss of the FSB, was now the ruthless tsar of a killer state his actions belied it. Far from hitting back with an iron fist, as some British commentators predicted after London expelled four Russian diplomats, he is said by Moscow sources to have rejected the advice of hardline associates. Instead, four British diplomats were given 10 days to pack their bags for home.

Whatever degree of spin there may have been on either side, the evidence suggests the two governments are now desperate to draw a line under a grisly and embarrassing affair.

A senior official at the Foreign Office said, “That’s that. Both sides have now acted. What’s important now is that we want to show that both nations can still be friends.”

The question left hanging in the air, after the extraordinary events of last week, is whether or not they will succeed.

Until now – while there has been press speculation about the FSB’s and even Putin’s responsibility for Litvinenko’s death – informed sources have confined themselves to the theory that former secret service associates killed him because of a personal vendetta.

After a police investigation, the Crown Prosecution Service wanted to charge Andrei Lugovoi, a former FSB officer, with the murder; and it was Moscow’s refusal to allow his extradition for trial, once the scandal had become an affair of state, that led to the expulsions.

Now, however, British officials are saying that the police investigation implicates the FSB itself. They point to the estimated Â£4.5m cost of the radio-active polonium210 used to kill Litvinenko. They confirm it has been traced back to Russia – probably to the nuclear centre at the closed city of Sarov.

They also point out that last summer the Russian parliament gave Putin the right to order the FSB to carry out assassinations of “enemies of the Russian state”. They are careful to refrain from claiming he actually ordered the killing. “Yes, the road leads to the FSB, but where the road goes once it’s inside the FSB is not something the police are really aware of,” said one of the officials.

Last Tuesday night, barely 24 hours after Britain announced its expulsions, a twist to this story began to break: the apparent foiling of a plot to murder the exiled billionaire Boris Berezovsky, Litvinenko’s former patron.

Security sources said a Russian man had arrived at Heath-row airport four weeks ago with a child who appeared to be his son. A tip-off to MI5 led to the pair being followed as they appeared to go sight-seeing around London. MI5 had been told the man was planning to acquire a gun with which to shoot Berezovsky at the Hilton hotel in Park Lane, central London.

Surveillance officers thought they behaved suspiciously. “The boy seemed to be acting as a lookout,” an official said.

The man was arrested on suspicion of conspiring to murder Berezovsky. But instead of being charged, he and the child were handed over to the immigration service and deported. The man was banned from returning for 10 years.

There was speculation that this revelation was the reason for an apparent delay in Russia’s response to Britain’s expulsions. In fact, it appears another drama was under way in Moscow. Britain’s punitive measures had sparked a row in the Russian government, according to a Kremlin aide.

Sergei Lavrov, the foreign minister, was advising Putin to stop the crisis from escalating. But in a behind-the-scenes squabble a group of Kremlin hawks from the former KGB argued for a tough response.

“Powerful figures in the Kremlin wanted Putin to kick out far more than four British diplomats,” said the aide. “They are ill disposed towards the West and took Britain’s response as a challenge.”

It took three days for Lavrov to win. The hardliners, according to the aide, “were in favour of a show of force and are unhappy with a response they judge as being too conciliatory. Putin took the decision that the conflict has gone far enough”.

The Kremlin hawks or “siloviki” – who made their career in Russia’s security services – have been seeking to convince Putin to stay on after his second and last term ends in March, a move the president has repeatedly ruled out as it violates Russia’s constitution. A prolonged crisis with the West is seen to play in their hands as it could persuade him to stay on.

Despite his own recent antiwestern rhetoric, Putin appeared to calculate that Russia has more to loose than gain from allowing the spat with Britain to escalate. In contrast to his normally bullish rhetoric, he announced: “I’m sure we will overcome this mini-crisis.”

The Russian media, which are mostly under Kremlin control, were far less conciliatory. They accused Britain of double standards for refusing to extradite alleged “enemies” of Russia such as Berezovsky and Akhmed Zakayev, a former Chechen field commander living in London. Moscow accuses them of embezzlement and terrorism respectively.

“Over the past six years, Moscow has sent Britain 21 extradition requests but not a single suspect has been extradited,” said Rossiskaya Gazeta, a government daily. “The suspects included fraudsters, killers, terrorists, drug dealers and persons involved in especially serious embezzlement of funds. Six of the people mentioned in the requests have been granted political asylum in Britain.”

Few Russian journalists dare openly defy the Kremlin line. Twelve have been killed since Putin came to power, although there is no proof to link the murders to the government. Last month two Russian reporters who came into conflict with the FSB fled to the US where they are to be granted asylum.

One of them, Fatima Tlisova, said FSB agents had forced her into a car, took her to a forest and extinguished cigarettes on every finger of her right hand, “so that you can write better”.

Although the spat between Britain and Russia is unlikely to lead to retaliation against the 400 British companies now working in Russia, there are fears of long-term consequences. One Kremlin insider warned that UK companies could lose contracts to French and German rivals.

British investment reached more than Â£2.5 billion in the first nine months of last year, making Britain the largest single investor among G7 countries. The figure is expected to be much higher this year. Bilateral trade has trebled over the last five years, and Britain is the world’s third largest destination for Russian investments.

This is despite the FSB’s claim in January 2006 to have caught British spies downloading secret information into an electronic device inside a fake rock left in a Moscow park. Putin also took a conciliatory stance then, ruling against expelling the alleged spies as “Britain would only send new, more professional ones”.

All the same, at last year’s G8 summit in St Petersburg, Putin angered Tony Blair with snide remarks in public about the cash for honours scandal. Since then both Shell and BP have been forced by the Russian government to renegotiate lucrative contracts signed before Putin came to power.

The British Council office in Russia has been investigated by Russian authorities in a campaign most observers believe is aimed at shutting it down; and Anthony Brenton, the British ambassador in Moscow was harassed for months by a pro-Kremlin youth group after attending a conference organised by Russia’s opposition.

“Relations were on a downhill course well before Litvinenko’s death,” said a former British diplomat. “Since his murder and Russia’s refusal to extradite Lugovoi they have taken a dramatic nosedive. Expulsions are no trivial matter. It’s far more than a mini-crisis and it will take a long time before things return to normal.” 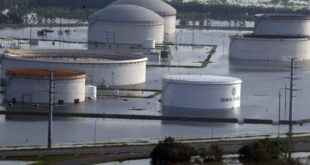 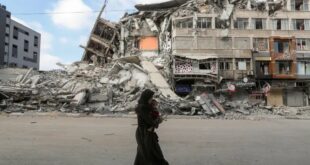 Morocco to send 40 tonnes of aid to Palestinians

Imagine if Gaza rockets were landing in Washington, not Israel