Even by Russian standards, the Litvinenko affair has been exceptionally murky. But, paradoxically, it has also been marked by a heightened sense of mirror-image symmetry. Either President Vladimir Putin is the villain or anti-Putin tycoon Boris Berezovsky is; Andrei Lugovoi was either the killer or himself a victim.

The Litvinenko affair is a mystery thriller in and of itself. What’s more, the case is linked to two other puzzling cases. In early January 2004 in Hertfordshire, near London, retired Lieutenant Colonel Robert Workman, 83, was killed in his doorway by a shotgun blast. No items of value were taken from the home of the former antiques dealer. Workman had led a secret gay life, but it is hard to imagine a British homosexual in his 80s eliciting such passions.

Another explanation that had currency in British foreign-service circles was that Workman had been killed by mistake. He may have been confused with Chief Magistrate Timothy Workman of London, who had enraged the Kremlin by refusing to extradite Berezovsky, and Chechen rebel envoy, Akhmed Zakayev. A Russian assassin might assume that a judge would hold a military rank just as many officials in the Soviet judiciary had. Also, according to Alexander Litvinenko himself, as cited in Alex Goldfarb’s valuable and revealing book “Death of a Dissident,” such screw-ups were common in the FSB.

The case, named Operation Sacristy by the Hertfordshire police, remains unsolved and most likely will never be solved. Chances are it was a local matter. But it does seem odd that it has not been mentioned in any official statements or news accounts in connection with the Litvinenko murder. If a Russian assassin had been dispatched to kill a British judge on British soil because his rulings had displeased the Kremlin, shouldn’t that avenue of investigation be kept open as long as the case remains open?

And there is another part to this puzzle. In early June 2007 Scotland Yard warned Berezovsky that a Russian hitman was in England to kill him and the billionaire would be well advised to leave the country. Scotland Yard apprehended the would-be assassin, held him for two days then turned him over to the emigration authorities who promptly expelled him. The official explanation for this action was that the killer was in the country “illegally.”

And if he had been in the country legally?

To release such a suspect at this particular moment in British-Russian relations is simply mind-boggling. Perhaps the calculation was that the political conflicts had been resolved with the tit-for-tat expulsion of four diplomats by each side. No sense in escalating tensions, which would only jeopardize the very lucrative trade relations between the nations. And for what? The murders of a gay antiques dealer, an ex-FSB man? Mere territorial integrity?

In Dostoevsky’s novel, “The Brothers Karamazov,” it is the demented half brother Smerdyakov who senses his brother’s murderous rage toward their father and carries out his secret wish by killing the old man. Maybe something of the same sort happened with Litvinenko – ex-security people carried out their president’s secret desires without needing any explicit instructions. Three goals were achieved: Litvinenko’s treason to the FSB was avenged, a message was sent to Berezovsky by eliminating someone near him and deniability was maintained.

Russia has a golden opportunity in the Litvinenko affair. Unlike the Anna Politkovskaya case – and too many others – where there are no suspects, the Litvinenko case has suspects who had motive and opportunity. There is also the weapon, polonium-210, undoubtedly produced in Russia.

Russia should not be pressured to disregard Article 61 of its Constitution, which prohibits extradition. But instead of playing petty games of injured national pride, Russia should mount a serious investigation and open trial. If Russia wants to be treated like a great nation, let it act like one. 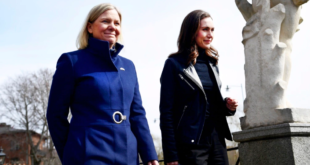 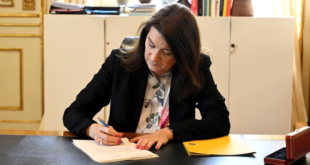