On July 30 the Kavkaz Center website posted a new statement from Doku Umarov, leader of the Chechen rebels and the North Caucasus insurgency. Umarov declared, “We [the Mujahideen] are ready for any kind of big event. Many ask when a large-scale attack will be. I can say that we are capable of conducting large-scale military operations, but in spite of military conditions we also take into account political conditions. We monitor processes in Russia, in the world, in the Caucasus, and in Chechnya. That is why we will act in such a way that will be beneficial for us and when we will decide that we need to act.”

The rebel’s threats left many observers incredulous, but not the Russian authorities, especially the military. In fact, Russian security officials are conducting various “anti-terrorist” drills in the North Caucasus almost non-stop and fresh units are being sent to the volatile region.

On July 30 Colonel Andrei Bobrun, spokesman for the North Caucasian Military District, announced the beginning of command-and-staff training exercises for the 58th Army (the core of the Russian military forces in the North Caucasus) that will be held in North Ossetia, Ingushetia, Dagestan, Chechnya, and ethnic-Russian dominated Stavropol Krai. The military command plans to complete the drills on August 9. The exercises are under the personal command of General Alexander Baranov, the commander of the North Caucasus Military District. In addition, units of the 58th Army, units of the Russian 4th Army, interior forces, border guards, and even the Caspian Navy are taking part. According to Interfax news agency, military leaders want to improve tactical and shooting skills and practice implementing the highest state of alert during the exercises.

These exercises started just four days after the end of the previous drill, which ran from July 13 to July 27. The July exercises included 6,000 troops, 250 pieces of military equipment, up to 20 helicopters, and 10 jets. Elite Russian paratrooper units from the 7th and 76th airborne divisions were especially deployed to the North Caucasus from other parts of Russia to take part in the maneuvers.

The July exercises centered on a scenario in which about 200 gunmen came down from the high mountains of the North Caucasian Range and were moving deeply into Russian territory toward a city. Airborne units were immediately sent to the area to attack and destroy the gunmen. The Russian Air Force supported the airborne troops while special mountain units prevented the gunmen from retreating to the mountains (Vesti-Severny Kavkaz, July 15).

This scenario reveals how the Russian military command plans to respond if the rebels try to stage a large-scale raid. Russian generals believe that the insurgents will concentrate their forces in high mountain areas and then try to move secretly down to the valley to attack. The idea is to get them on the march, the surround and destroy them.

As part of the drills carried out at the Daryal firing range in the mountainous part of North Ossetia this July, the military practiced destroying a group of rebels in the mountains. Aviation and artillery together with multi-launch missile systems were used to take out the rebel group (MIR TV, June 19).

However, Russian generals know from experience that using air forces and artillery is not sufficient, and ground combat is needed to completely destroy a guerilla unit operating in the mountains. The deployment of mountain troops to the North Caucasus has been intensified on the eve of possible rebel raids. On July 24, Colonel Alexander Drobyshevsky, head of the Russian Air Force information and public relations service, announced that two Il-76 military transport planes had transferred over 300 military servicemen from the city of Kursk to Mozdok, North Ossetia, to form two mountain brigades in the North Caucasian Military District. At the same time, mountain units have been deployed to Botlikh district in Dagestan. According to Drobyshevsky, a total of 20 flights to the North Caucasus are planned between July and August to transfer over 2000 servicemen, special-purpose equipment, and arms for the mountain brigades (Itar-Tass, July 24).

The mountain units are trained at mountain firing ranges in North Ossetia and Dagestan. They learn how to climb mountains carrying full ammunition and to attack the enemy.

Nevertheless, the Russian military command apparently still does not have an adequate number of mountain warfare-ready servicemen and recruiting continues, especially in the mountain regions of Russia. On July 26 Kavkazky Uzel reported that people are being recruited in Adygeya and sent to training camps in Kabardino-Balkaria and Karachaevo-Cherkessia. The best contract soldiers will be sent to Switzerland for further training.

In addition to the army, the police and the Federal Security Service (FSB) are also preparing for rebel attacks. RIA-Novosti-Dagestan news agency reported on July 26 that drills had taken place in Botlikh district of Dagestan. Policemen practiced defending their headquarters from a sudden attack. Kidnappings are on the rise in Ingushetia, North Ossetia, Dagestan, and Chechnya, which means that the FSB is trying to collect as much information as possible about the plans of the rebels. In Kabardino-Balkaria the local police regularly check all suspicious persons.

The Russian security service apparently wants to be ready should Doku Umarov start to act on his threats. 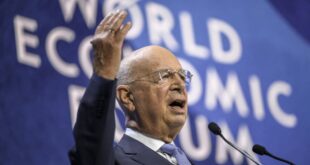 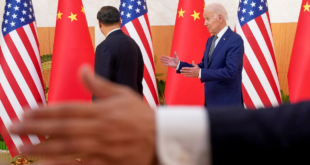