Ivory Coast’s foreign minister conferred with his Iranian counterpart about bilateral ties as well as regional and international issues in a meeting here in Tehran on Tuesday. During the meeting, the Iranian foreign minister noted the two countries’ good relations, and called on both sides to utilize the existing potentials to further expand economic relations.

“Iran is ready to transfer its experiences to African brothers,” Manouchehr Mottaki said.

He also underlined Tehran’s firm determination to expand relations with Africa and institutionalize mutual cooperation and ties with African countries.

Mottaki further voiced pleasure in the success of Ivory Coast’s government in restoring security in the country, and described security, stability and calm as a prerequisite for development and progress.

“We are prepared to assist Ivory Coast’s government in expanding peace and tranquility in that country,” he added.

For his part, the Ivory Coast’s top diplomat noted the significance of relations with Iran, and viewed the two nations’ cooperation and relations as a necessity for Ivory Coast.

“In addition to the resolve of the Ivory Coast’s officials to expand economic ties with Iran, we view consultation and exchange of views with the Islamic Republic of Iran about regional and international issues as among our necessities, given Iran’s significant role in global developments,” he added.

Also during the meeting, the two senior diplomats stressed the need for the formation of a joint political committee to exchange views about regional and international developments, and further signed a consulate agreement. 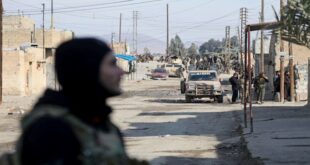 ‘Cubs of Caliphate’ are among 700 boys held in Islamic State prison, as Syrian Kurdish …