BANJA LUKA, Bosnia (Reuters) – Citizens of Bosnia’s Serb Republic voted on Sunday in an early election for the mainly ceremonial post of regional president after the sudden death of President Milan Jelic.

Ten candidates have been cleared by Bosnia’s election commission to run in the polls to succeed Jelic, who died of a heart attack in September.

Postwar Bosnia is made up of the Serb Republic and the Muslim-Croat federation, the two autonomous regions created under the 1995 Dayton peace accords that ended the 1992-95 war.

Law professor Rajko Kuzmanovic, nominated by the Alliance of Independent Social Democrats of Prime Minister Milorad Dodik, is widely seen as the front-runner for the presidency.

His main rivals are Bosnia’s ex-foreign minister Mladen Ivanic of the Party of Democratic Progress (PDP) and Ognjen Tadic of the nationalist Serb Democratic Party (SDS).

The region’s president is elected after one round of voting with a simple majority of votes deciding the winner. There are 1.1 million eligible voters in the Serb Republic.

This is the first time the president will be elected directly and not by the parliament. 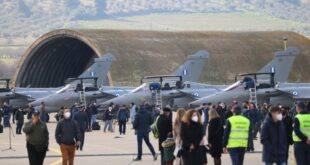