RAMALLAH, West Bank (Reuters) – Palestinians will attend peace talks this week despite a plan by Israel to build new homes on occupied land, but will focus on demanding a settlement freeze, senior Palestinian officials said on Tuesday.

Israeli and Palestinian negotiators are due to meet on Wednesday two weeks after their leaders relaunched long-stalled peace talks at a U.S.-hosted conference in Annapolis, Maryland.

Some Palestinian leaders had proposed boycotting Wednesday’s meeting after Israel issued a tender for about 300 new homes near Jerusalem on land it annexed from the West Bank after it occupied the territory in 1967 — a move not recognized internationally.

Israel, which pledged at Annapolis to end settlement activity, insists the building is legal. But the project drew Palestinian outrage and rare U.S. censure.

“We will go to the negotiations … but we will confine our discussions to the settlements issue and to the formation of negotiating committees that will discuss all final status issues including Jerusalem and settlements,” a senior negotiator told Reuters.

Israel’s decision to build more than 300 housing units at Har Homa — known to the Palestinians as Abu Ghneim — also drew criticism from Europe and the United Nations and Arab countries.

Palestinians say the building of the settlement will complete the encirclement of east Jerusalem and close it off from its hinterland in the West Bank, making final status negotiations in which the fate of Jerusalem is a key issue, difficult.

The peace push, launched by U.S. President George Bush, follows seven years of violence and a deadlock in negotiations. The start of the building on Har Homa, just north of Bethlehem, in 1997 led to a collapse in final peace talks.

“The test of Israel’s seriousness in the peace process is if it halts all settlement activity and immediately forms negotiating committees that will start talks on all permanent status issues,” Abu Rdainah said.

Israeli government spokesman Mark Regev stressed the “seriousness and the complexities of the issues that are on the table” and said Israel was “dedicated to making every effort that this process succeeds”.

Israel and the Palestinians have agreed to try to reach a deal on Palestinian statehood by the end of 2008 and to tackle core issues such as borders, including settlements, Jerusalem and the fate of Palestinian refugees.

A senior Palestinian negotiator said the sides would discuss during Wednesday’s talks how many committees to form, how often the negotiators would meet and the location of their meetings. 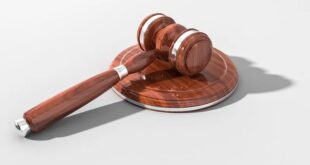