“A regime change cannot violate treaties… The Algiers accord is an official document registered with the United Nations. It has the force of a law and cannot be breached,” he told reporters in Manama.

Mottaki was responding to a question over remarks by Iraqi President Jalal Talabani on Tuesday in which he reportedly described the 1975 Algiers accord – which was aimed at settling territorial disputes – as “obsolete”.

“It was an agreement between (former Iraqi president) Saddam (Hussein) and the shah of Iran (ousted in 1979) and not between Iraq and Iran,” Talabani said.

The agreement signed in the Algerian capital provides for the free navigation of both countries in the Arvandroud (or as Arabs call it, Shatt al-Arab) waterway, which marks a natural frontier between the two.

However, just five years after it was signed, Saddam invaded Iran and imposed an 8-year war on Iran from 1980 to 1988.

“His Excellency, the Iraqi president, is expected to observe the principles of the accord and international law consistent with good neighborly relations,” Iranian Foreign Ministry Spokesman Mohammad Ali Hosseini said here on Wednesday.

He said Talabani should “abide by the constitution of Iraq, article 8 of which obliges the president to honor the commitments Iraq has made in line with international accords.”

Hosseini said the Algiers accord “serves as a basis for development of friendship and cooperation between the two nations.” 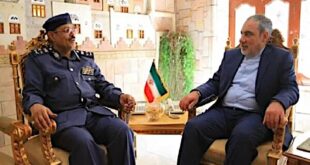 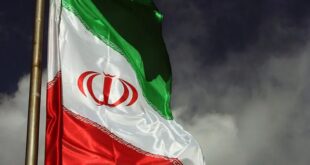