Managing Director of the National Iranian Gas Company, Seyed Reza Kasayeezadeh told FNA that Turkmenistan had ceased exports to Iran since 10:30 am on Saturday, adding that the country’s officials have blamed repair and maintenance operations for the temporary halt in the gas supplies to Iran.

He further pointed out that Turkmenistan supplies 23 to 24 mln cu.m of gas to Iran on a daily basis, which he said amounts to 5% of Iran’s total domestic gas consumption.

Kasayeezadeh, who is also a deputy oil minister, assured that except for the northern province of Mazandaran, the country’s domestic consumption is not facing any troubles.

Meantime, he called on Iranians to reduce consumption in a bid to help the gas company solve the problem of low pressure and repeated disruptions in Mazandaran, expressing the hope that the current problem in the said province would be removed in the next 24 hours. 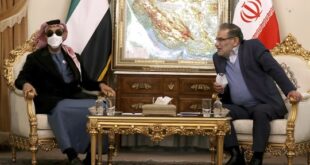