Georgia to vote in election seen as democracy test

TBILISI – Georgian leader Mikhail Saakashvili is likely to scrape an election win on Saturday in a vote the West will scrutinize for fairness, but polls differ on whether his victory will be big enough to avoid a second round.

Saakashvili, who swept to power in a peaceful revolution in 2003, needs the vote to be free and fair to prove his commitment to democracy after shocking his Western allies by violently crushing anti-government street protests in November.

“Georgia has made a commitment and expressed a desire to become a part of the Euro-Atlantic family,” U.S. Congressman Alcee L. Hastings, head of the main Western election observation mission, told Reuters on the eve of the vote.

“This election is a watershed election that will make a determination as to their commitment.”

Georgia lies at the centre of the South Caucasus — a transit route wedged between Russia, Turkey and Iran which hosts a major pipeline pumping oil from the Caspian Sea to Europe.

After a landslide election win four years ago Saakashvili introduced economic reforms, aimed for NATO membership and positioned Georgia as the United States’ main ally in a region where Russia is competing for influence.

But after days of demonstrations in November, Saakashvili suddenly ordered police to fire teargas and rubber bullets at protesters, closed the main opposition broadcaster and imposed a week-long state of emergency.

He then ordered a snap January 5 election, a move designed to repair his battered authority and democratic reputation.

Most opinion polls place Saakashvili ahead of his nearest rival Levan Gachechiladze, head of the opposition coalition, but disagree over whether he will win over 50 percent of the vote and avoid a second-round runoff.

The opposition have already questioned the vote’s fairness and threatened protests after the ballot.

“If we detect serious violations, we will apply to the courts and call people for mass demonstrations,” David Zurabishvili, one of the opposition leaders, said.

They accuse Saakashvili, a 40-year-old U.S.-educated lawyer, of economic mismanagement and corruption.

Western economists have praised Saakashvili’s reforms, which attracted sizeable foreign investment and economic growth of between 9 and 12 percent a year, and U.S. President George W. Bush hailed Georgia as a “beacon of democracy”.

But many Georgians complain they have been left behind by the economic boom, inflation has eaten into incomes, utility bills have soared and unemployment is high.

“Our task is to fight poverty,” he bellowed as his supporters cheered and waved Georgian flags. “And as your candidate, if elected, I will fulfill this task.”

Others were not enthusiastic about his leadership.

“I’ll vote for opposition candidate Levan Gachechiladze, he has very good people in his team, they are very well educated,” said 36-year-old Paliko Toriashvili as he hurried through the damp snow. “They will unite Georgia.” 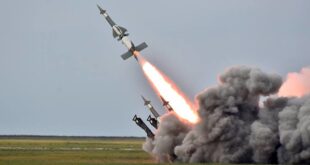