Iran’s ambassador to Tajikistan Ali-Asghar Sherdoost said here Friday that Iran has donated 4.5 million liters of fuel, worth about five million dollars, to Tajik citizens in line with its humanitarian efforts.

Sherdoost told reporters on the sidelines of the aid donation ceremony that operations for extension of the fuel aid package, including kiln oil for the Republic’s electric power plants as well as kerosene and gas oil, had started since a few days ago.

He hoped that the shipment will be at Tajik authorities disposal by early next week.

He said that over recent months, Iran has offered other items in aid to Tajiks, including foodstuff, garments, blankets and other necessary requirements.

Recently, the United Nations appealed for urgent food aid to stave off a humanitarian crisis in Tajikistan.

It’s been the harshest winter in living memory for Tajikistan, leaving hundreds of thousands of people bitterly cold and hungry.

In some areas, temperatures have dropped below -20 and even -30 Celcius. 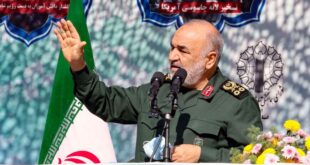