ISLAMABAD (Reuters) – Pakistani President Pervez Musharraf said on Friday he would support an incoming coalition government that could potentially seek his resignation, so long as peace was maintained.

Musharraf, who came to power as a general in a 1999 coup, will face a hostile parliament after the crushing defeat of his allies in a parliamentary election on February 18.

The incoming government could try to drive Musharraf out of power, though the leader of the party that will lead the next coalition has not made his intentions clear.

“Durable, stable governments should be formed in the centre and provinces for five years,” Musharraf said while inaugurating a water supply project in southern Sindh province.

“And if peace is maintained, I assure that I will fully support the coalition that is being formed.”

Pakistan’s Election Commission paved the way for Musharraf to convene a new parliament by completing the results of polls with the allocation of reserved seats for women and non-Muslim minorities.

But television news channels reported that Musharraf said in Sindh that it would be a week or two more before the new national and provincial assemblies were convened.

Aides have denied speculative media reports that Musharraf intends to resign, and on Thursday General Ashfaq Kayani, the army chief Musharraf promoted in November after relinquishing his dual role as president and Chief of Army Staff, called on all sides to work together.

In a statement issued by the military, Kayani said the army, which has ruled Pakistan for more than half the 60 years since the country was founded, would stay out of the political process and hoped that it would not be dragged into unnecessary controversy.

Pakistan has been reeling since mid-2007 from a suicide bomb campaign mounted by al Qaeda-inspired Islamist militants, that has coincided with the country’s move back towards becoming a civilian-led democracy.

There have been four suicide attacks in the past week, and the country’s state of political flux has raised international concern about the risks of instability in the nuclear-armed Muslim nation of 160 million people.

The Election Commission on Thursday night officially announced results of 331 of 342 seats in the National Assembly.

It confirmed the Pakistan People’s Party of assassinated former prime minister Benazir Bhutto came out on top with 120, though 11 seats in the new assembly will be filled later because of court disputes or the death of a candidate.

The commission allocated 60 seats for women and 10 for religious minorities proportionate to the number of seats parties won out of the 272 openly contested in the polls.

The PPP has delayed naming a candidate for the prime minister’s slot. Bhutto’s widower and new party leader Asif Ali Zardari is ineligible as he does not hold a seat. Long-time deputy chairman Makhdoom Amin Fahim is tipped for the post.

The PPP has been in coalition talks with its nearest rival, the party of Nawaz Sharif, the prime minister Musharraf deposed. Sharif’s Pakistan Muslim League (Nawaz) or PML (N) has notched 90 seats so far.

The vanquished pro-Musharraf Pakistan Muslim League holds 15 percent of the seats in the National Assembly, with just 51 to date.

Its ally, the Muttahida Qaumi Movement (MQM), which mainly represents Urdu-speaking Muslims who migrated to Pakistan from northern India after partition of the subcontinent in 1947, emerged as a major party in the cities of Bhutto’s home province of Sindh, though the PPP will lead the provincial government. 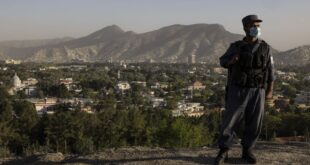