MOSCOW (Reuters) – President Vladimir Putin agreed on Tuesday to lead Russia’s biggest political party, a move that will bolster his power after he steps down as Kremlin leader next month.

“I accept the invitation of the party. I am ready to take on myself the additional responsibility and head the party,” Putin told cheering delegates at a United Russia congress in Moscow.

Putin has already said he will serve as prime minister once his protege, Dmitry Medvedev, is sworn in as president on May 7.

The premier is subservient to the president in Russia and historically has been occupied by politically weak technocrats but the post of party leader will now give Putin extra clout.

United Russia won 315 of the 450 seats in the State Duma (lower house of parliament) last December, meaning the party has a two-thirds majority. This is enough to change the constitution or to start impeachment proceedings against the president.

“Putin does not want to be what we call a technical prime minister in Russia, a person who can be removed in 30 seconds if the president wishes to do so; he wants to be a prime minister with his own power base,” Alexei Pushkov, a professor of international relations and a journalist, told Reuters.

“Basically, Medvedev will not be able to rule without Putin’s agreement.”

Putin took the newly created job of party chairman for four years, giving him guaranteed control of the Duma for the same period.

Underlining the extent to which United Russia acts on Kremlin orders, the new post was created specially for Putin and approved unanimously on a show of hands the previous day. Putin attended the party congress with Medvedev for less than an hour.

Medvedev told delegates that it would be “premature” for him to join United Russia, arguing it was better at this point to remain a non-party figure.

The two men enjoy a close personal relationship, forged over nearly two decades of working together, but diplomats have questioned whether they will be able to stop their respective teams of officials from indulging in turf wars.

From the tsars through Communist times, Russia has long been accustomed to a single, all-powerful leader and many analysts here doubt whether a double-headed system of government can function effectively.

Opinions differ about whether Putin’s motive in taking the premier’s job and the party leadership is to shore up Medvedev — a 42-year-old lawyer who has never held elected office and is viewed with disdain by Kremlin hardliners — or to control him.

Sergei Markov, a political analyst and United Russia member of parliament, told reporters at the congress:

“It (the appointment as party chairman) strengthens Putin’s political weight as national leader. Dmitry Anatolyevich Medvedev is leader of the state and of the Russian Federation, but the political leader of the country remains Putin.” 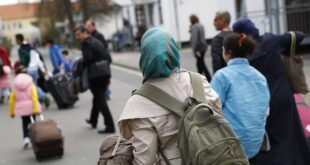 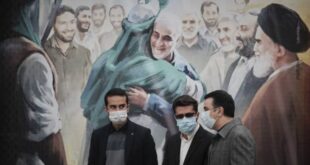 The fate of 63 officers and agents from the Intelligence Communications Department is still unknown. …