TEHRAN (FNA)- A top UN nuclear official arrived in Tehran on Monday for a further round of talks with Iran.

Olli Heinonen, the International Atomic Energy Agency’s (IAEA) deputy director general, arrived at the head of an IAEA delegation in the morning and was to start talks in the afternoon with Iran’s Supreme National Security Council (SNSC) Undersecretary Javad Vaeedi.

Heinonen reportedly intends to raise the issue of the alleged weaponization studies in talks with Iranian officials. Iran, which insists its nuclear program is entirely peaceful and aimed solely at generating energy, has strongly denounced the claims.

The official IRNA news agency quoted an informed Iranian source as saying that for Tehran the issue of the alleged weaponization studies is “finished” and its assessment has already been handed to the IAEA.

“Iran is doing this negotiation to show its goodwill,” the source was quoted as saying.

Meantime, an SNSC official said that his visit was intended to advance cooperation between Iran and the International Atomic Energy Agency (IAEA).

The official did not rule out talks over the US claims surrounding Iran’s nuclear program and said holding such negotiations shows Iran’s good will in the dispute over its peaceful nuclear program.

Foreign Ministry Spokesman Mohammad Al Hosseini on Sunday played down the claims about alleged “weaponization studies” and said Heinonen’s visit was within the framework of Tehran-IAEA cooperation.

At a weekly press briefing with domestic and foreign reporters, Hosseini said, “These are baseless and unfounded allegations. We have presented our evaluation to the agency regarding the alleged studies.”

Tehran denies Western accusation regarding its nuclear program, stressing the country has always pursued a civilian path to provide power to the growing number of Iranian population, whose fossil fuel would eventually run dry.

Iran is under three rounds of UN Security Council sanctions for turning down West’s illegitimate calls to give up its right of uranium enrichment, saying the demand is politically tainted and illogical.

Iran has repeatedly said that it considers its nuclear case closed after it answered the UN agency’s questions about the history of its nuclear program.

The US is at loggerheads with Iran over the independent and home-grown nature of Tehran’s nuclear technology, which gives the Islamic Republic the potential to turn into a world power and a role model for other third-world countries. Washington has laid much pressure on Iran to make it give up the most sensitive and advanced part of the technology, which is uranium enrichment, a process used for producing nuclear fuel for power plants.

Washington’s push for additional UN penalties contradicted the recent report by 16 US intelligence bodies that endorsed the civilian nature of Iran’s programs. Following the US National Intelligence Estimate (NIE) and similar reports by the IAEA head – one in November and the other one in February – which praised Iran’s truthfulness about key aspects of its past nuclear activities and announced settlement of outstanding issues with Tehran, any effort to impose further sanctions on Iran seemed to be completely irrational.

Iran has insisted it would continue enriching uranium because it needs to provide fuel to a 300-megawatt light-water reactor it is building in the southwestern town of Darkhoveyn as well as its first nuclear power plant in the southern port city of Bushehr.

US President George W. Bush, who finished a tour of the Middle East in winter has called on his Arab allies to unite against Iran. 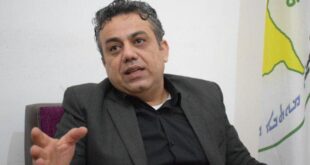