Al Qaeda says it was behind Algeria bombing: website

DUBAI (Reuters) – Al Qaeda’s North Africa wing said it was behind a deadly suicide bombing in Algeria on Sunday, according to a statement posted on the Internet on Wednesday.

A car bomb exploded near a police station in the town of Tizi Ouzou, east of Algiers, on Sunday, wounding 25 people including four policemen.

The group, al Qaeda organization in the Islamic Maghreb, identified the bomber as Makhlouf Abou-Mariam and said his truck was laden with 600 kg (1,320 pounds) of an unspecified explosive material.

The explosion destroyed a dozen cars, ripped the facade off a small block of apartments, gouged chunks of masonry from the walls of other nearby buildings and shattered windows in the town centre.

“We tell the sons of France and the slaves of America, and (we tell) their masters too, that our finger is on the trigger and the convoys of martyrs are longing to rampage your bastions in defense of our Islamic nation,” the group said in the statement posted on an Islamist website.

The group also posted a picture of Abu-Mariam, who appeared to be in his 20s, wearing a green turban and holding a pistol in one hand and a grenade in the other with three assault rifles nearby.

The group has claimed several attacks in past including the twin suicide bombings of U.N. offices and a court building in Algiers in December 2007, which killed 41 people, 17 of them United Nations staff.

Algeria is emerging from more than a decade of conflict that began when in 1992 the military-backed government scrapped legislative elections a radical Islamic party was poised to win. About 150,000 people have died during the ensuing violence.

The bloodshed has subsided in recent years and in 2006 the government freed more than 2,000 former Islamist guerrillas under an amnesty designed to put an end to the conflict.

But a hard core of several hundred rebels fights on as members of al Qaeda’s North Africa wing, which was previously known as the Salafist Group for Preaching and Combat or GSPC. 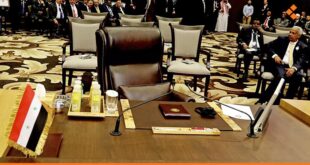 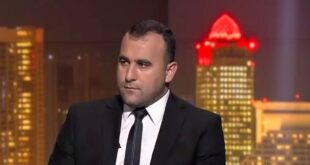 Syria will attend the next Arab summit in Algeria, Syrian politician predicts

“In my estimation, Syria will be present at the next Arab summit in Algeria,” Omar …