Bouteflika leading a high-ranking official has stepped in Tehran yesterday to hold talks with Iranian officials.

Iran is ready to reinforce bilateral ties as much as possible, Ahmadinejad said.

He also said that current ruling powers in the world today have failed to do much and their political, economic and security mechanisms cannot deal with international challenges.

The US and some European powers have been charging Iran with producing nuclear arms; Tehran denying the allegation says the program only intends to generate electricity and using for medical and agricultural purposes.

Bouteflika for his part his country is determined to grow ties with Iran and added Islamic countriesâ€™ potentials must be best used to establish peace and order in the world.

He also said his country has always pursued Iranâ€™s developments.

The two sides are to sign a deal to avoid receiving additional taxes and a memorandum of understanding to cooperate on customs. 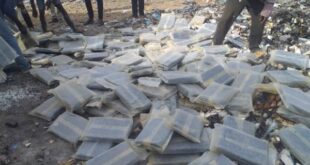