Syria-France Relations No Threat to Iran

TEHRAN (FNA)- As France endeavors to pry Syria away from Iran, Tehran says warm relations between the two countries do not threaten the Islamic Republic.

“Why should relations that France formed with another country be against a third country?” Iranian Foreign Minister Manouchehr Mottaki said in an interview with the French journal, Politique Internationale.

French President Nicolas Sarkozy flew to the Syrian capital of Damascus on Thursday. Analysts claim the move indicates that France is pursuing a different policy.

“The message is that France is back in the Middle East and with a new policy. And, Nicolas Sarkozy wants to say that the former politics of France are now over. That means Jacques Chirac’s policy is now over,” Judith Cahen, a Middle East analyst for the French Institute of International Relations told Voice of America.

Lauding “a new period of French diplomacy”, Mottaki said the country has taken “wise steps to correct its previous mistakes in the region”‘.

“Paris has finally realized the sensitivity of conducting diplomacy in the Middle East,” he added.

In July, Sarkozy hosted Syrian President Bashar Assad in Paris. During the trip, Syria and Lebanon agreed to open embassies in each other’s capitals. 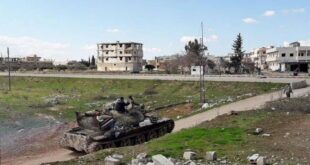