TEHRAN (FNA)- Iran’s President Mahmoud Ahmadinejad said the Iraqi government has succeeded in improving the conditions in Iraq in favor of the Iraqi nation and expressed hope that the war-torn country would move forward on the path to reconstruction and national solidarity.

Making the remark in a meeting with visiting Iraqi Vice President Adel Abdul-Mahdi on Wednesday, the president expressed satisfaction over progress in security and welfare condition in Iraq and praised the role of the Iraqi government in this respect.

“We firmly believe in good governance and will of our brothers who are in charge of the Iraqi administration, and we are confident that Iraqi people will succeed in tackling remaining obstacles,” he added.

Ahmadinejad also said Tehran-Baghdad relations are growing in different arenas and called for utilization of all capacities in order to further expand political and economic interactions.

For his part, Abdul-Mahdi said, “We have experienced tough years to achieve victory and the Iraqi nation owes its resistance to the late Imam Khomeini (founder of the Islamic Revolution), grand clergies and high-ranking officials of the Islamic Republic.

He also called for more extension of economic relations between the two neighboring countries, saying that the ground is well-prepared in Iraq to receive Iranian investors.

Earlier in the day, President Ahmadinejad met with the UN chief’s new special envoy for Iraq affairs Stephen de Mistura and recommended that the UN should strive more to settle regional and international conflicts.

Ahmadinejad expressed hope that the UN envoy’s efforts will lead to restoration of peace, stability, security and integrity to Iraq.

The president said the occupiers’ presence in Iraq has been the cause of many plights in the country and urged a timetable for the withdrawal of foreign troops so the problems could be headed off.

“No one benefits from tension and war in Iraq and to this end, maintaining the Iraqi government’s strength is the main condition for the country’s national unity and integrity,” he announced.

He underlined the need for the UN to help solve Iraq problems.

“Though the UN was a little behind incidents in the beginning of Iraq occupation, but the UN Chief is eager to play more constructive role in Iraq,” he said.

De Misural, for his part, thanked Iran’s humanitarian efforts in Iraq and hoped that the UN will be in cooperation with regional states, including Iran, to further guarantee security and peace in Iraq. 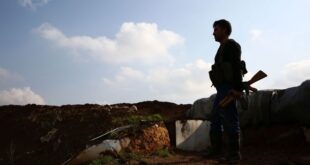