A boat carrying 27 pro-Palestinian activists has arrived in Gaza despite an Israeli blockade of the territory – the second such voyage in three months.

The ship, named Dignity, arrived at 0800 (0600 GMT) on Wednesday, after sailing from Cyprus overnight.

No attempt was made to stop the boat, despite initial Israeli warnings.

Israel has greatly restricted the movement of people and goods to and from Gaza since Hamas militants seized control of the Strip last year.

Then, Israel eventually said it would allow the activists to pass, in order to avoid a confrontation that would give the activists publicity.

This time the Israeli foreign ministry had also said the ship would not be allowed to reach Gaza, but the Israeli media later said a decision had been made overnight to allow it to pass.

As the vessel arrived in stormy weather, organiser Huwaida Arraf said: “Once again we’ve been able to defy an unjust and illegal policy while the rest of the world is too intimidated to do anything.

“Our small boat is a huge cry to the international community to follow in our footsteps and open a lifeline to the people of Gaza.”

Israel imposed a blockade on Gaza in June 2007 when the militant group Hamas took control of the territory by force.

Since then, Israel has allowed in little more than basic humanitarian aid as a means of isolating Hamas and persuading militant groups to stop firing rockets into Israel.

The closure of Gaza’s borders by the Israeli and Egyptian authorities has also meant that very few Gazans have been able to leave.

Israel withdrew its settlers from Gaza in 2005, but it still controls its coast, airspace and borders, and, until a ceasefire with Hamas was agreed in June, carried out regular military operations in the territory.

However, correspondents say the truce has done little to improve the situation for Gaza’s population, except to reduce the number of Israeli incursions and the number of rockets fired by Palestinian militants. 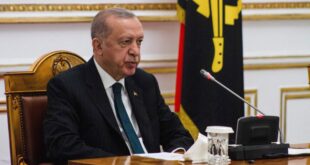 While concerns of a terrorist resurgence in Afghanistan are front and center, we need to …