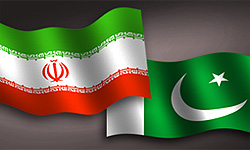 The commercial attaché of Iranian Consulate in Peshawar, Heshmatollah Attarzadeh Niaki, was abducted by unknown gunmen and taken to an unclear place on November 13 while he was on his way to work with his driver. The driver was killed in the attack.

At the meeting, the two sides expressed satisfaction over the historic, cultural, religious and centuries-old relations between the two neighboring countries and said their relations were time-tested.

The Pakistani official hoped the relationship would further expand and become stronger on governments and people to people level with the passage of time.

The Chief Minister briefed the distinguished guest about his government’s efforts for making possible safe recovery of the kidnapped foreign officials and said they were utilizing all the resources in this regard.

He also sympathized with the family of the abducted diplomat.

The Iranian Consul General, for his part, voiced satisfaction over the provincial government’s efforts and measures for the safe recovery of the kidnapped official.

In December, a senior Pakistani Police official said that the suspects behind the kidnapping of the Iranian and Afghan diplomats had been arrested but the envoys were yet to be recovered as they were being kept beyond the police’s jurisdiction.

“We have got some important leads in this regard besides nabbing some suspects. They will be recovered soon, Inspector General of Police (IGP) in Pakistan’s North West Frontier Province (NWFP) Malik Naveed Khan said.

“After the abduction of the commercial attaché of the Iranian consulate (in Peshawar), Heshmatollah Attarzadeh, by a number of 10 armed men, the police in the city of Saran arrested the ring leader involved in this terrorist action,” Naveed Khan earlier told FNA.

“Iranian and Afghan diplomats are kept in an area not controlled by the police,” Naveed Khan said, adding that his troops have so far arrested a number of 515 terrorists involved in 77 abduction cases.

The Pakistani police official further expressed the hope that primary interrogations of the arrestees would yield the information required for the accelerated release of the Iranian diplomat.

During the past few months, the alleged militants have killed a Japanese journalist and an American aid worker.

The militants started targeting high-profile foreigners living in Hayatabad from the last August, when principal officer of the US consulate Lynn Tracy escaped an attempt on her life.

The terrorists picked up Farahi after killing his driver in Hayatabad on September 22. Just after a few weeks, the criminals shot dead US aid official, Stephen D Vance in the university Town along with his local driver on November 12.

The Afghan finance minister’s brother was also abducted in the same region.

Iran’s Ambassador to Pakistan Mashallah Shakeri also said in mid December that the kidnapped Iranian diplomat is alive and in good health,.

“The Iranian embassy’s efforts to locate the abducted diplomat have been satisfactory. We were informed by Pakistani security officials that Attarzadeh is alive and we hope he will soon reunite with his family,” Shakeri said.