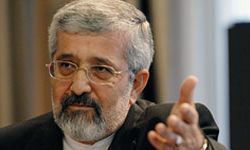 TEHRAN (FNA)- Iran’s residing representative at the International Atomic Energy Agency (IAEA) Ali Asqar Soltanieh Wednesday said that the agency’s Director General Mohammed ElBaradei will release his report on Iranian nuclear program within the next one or two weeks.

“The Agency’s director general will likely release his report on Iran’s nuclear program within the next one or two weeks,” Soltanieh told FNA.

He also announced that the IAEA’s 35-nation Board of Governors is slated to hold a routine meeting on 2nd of March, and added, “ElBaradei’s report will be issued one or two weeks before the board’s meeting to be held in the second half of February as usual.”

In one of his latest reports to the Board of Governors, ElBaradei confirmed “the non-diversion” of nuclear material in Iran and added that the agency had found no “components of a nuclear weapon” or “related nuclear physics studies” in the country.

About the current issues under discussion at the UN nuclear watchdog, Soltanieh said, “Right now, there are important advisory sessions about future prospects of the agency beyond 2020 and Iran along with the Non-Aligned Movement (NAM) are pushing for technical assistance (to be highlighted in future programs).”

“A few industrial states are trying to take into account audit and control systems,” the Iranian envoy said.

Referring to NAM’s emphasis on technical assistance and technology transfer as a priority of the agency, Soltanieh said that discussions are underway regarding the issue with Finland envoy who is also the deputy of the board of governors.

Regarding ElBaradei’s succession, Soltanieh said, “There are two major candidates for the post of director general. The Japanese representative Yukiya Amano and the South African representative Abdul Samad Minty are in serious consultations with the member states.”

“Possibly the issue will be put on vote in the next meeting of the board of governors or during the extraordinary session going to be held right after that,” Soltanieh went on saying.

He reiterated that voting will be held behind closed door.

In order to be appointed a candidate must secure a two-third vote of the Board of Governors. If a two-third majority is not achieved, the nomination process begins again.