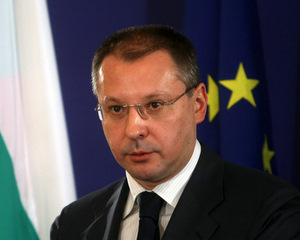 Bulgaria’s Prime Minister Sergey Stanishev announced Sunday in Brussels he had asked the leaders of other Eastern European nations for support for Bulgaria’s accession to the European Exchange Rate Mechanism II (ERM II), which would speed up the country’s adoption of the euro.

Together with the leaders of eight other Eastern European states and with the European Commission President Barroso, Stanishev took part in an informal meeting before the beginning of Sunday’s emergency summit of the European Council.

Stanishev also said he was going to ask the leaders of all EU member states to support Bulgaria’s accession to the ERM II.

“Bulgaria is in a very good macroeconomic condition which is better than that of most other European countries, and this has been confirmed by the European Commission. Bulgaria has all reasons to demand a membership at the ERM II because it has met four of the five criteria for Eurozone membership. Our participation in the ERM II will be a strong impetus for reform, an important signal to investors, and a confirmation of our financial and macroeconomic stability,” the Bulgarian Prime Minister Stanishev declared as quoted by BGNES.

The current members of the ERM II are Denmark, Estonia, Latvia, and Lithuania. The Bulgarian government has considered applying to join in 2008 but it still has not filed an official application.

The leaders of the nine Eastern European states, who took part in the informal pre-summit, were positive that the selfish and protectionist approach in dealing with the effects of the global financial crisis was not acceptable.