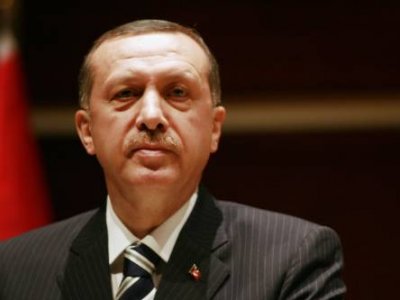 The sermon will be broadcast on Ses on Sunday, the first time state television will have shown a religious address in Kurdish.

The sermon at Diyarbakir’s 12th-century Ulu Mosque, which followed Saturday’s evening prayers, called for brotherhood between Muslims and said racism has no place in Islam. The occasion marks the birthday of the prophet Mohammad.

The sermon is the latest example of Turkey, a candidate for EU membership, easing curbs on the Kurdish language, which was completely banned until 1991. The EU has said Turkey must improve rights for its 14 million Kurds before it joins.

Kurdish, which is related to Persian, is still outlawed in some parts of the public sphere, including during election campaigns. Previous governments viewed its use as separatist propaganda amid an ongoing 25-year war with Kurdish guerrillas in which 40,000 people, mainly Kurds, have died.

The Ulu Mosque sermon is the first time the state Directorate of Religious Affairs, which writes sermons for Turkey’s 77,000 mosques, has issued one in Kurdish. Imams, who are civil servants employed by the Directorate, in the southeast have in the past informally preached in Kurdish.

The sermon will be broadcast on Ses on Sunday, the first time state television will have shown a religious address in Kurdish.

The last time Kurdish was spoken in parliament was 1991, when four Kurdish deputies were stripped of their immunity and served 10-year prison sentences.

Turk was sentenced to 18 months in prison in 2007 after the DTP distributed pamphlets during the last election. He has avoided jail because of his parliamentary immunity.

The DTP has said overtures in Kurdish by Erdogan’s AK Party are aimed at winning more votes in the southeast when Turkey holds municipal elections on March 29.

The DTP and AK Party roughly split the share of mayoral seats in the southeast, home to most of Turkey’s ethnic Kurds.

Post Views: 246
Previous Croatia Will Be Shocked How Much Serbs Spied Them
Next US open to Afghan Taliban talks