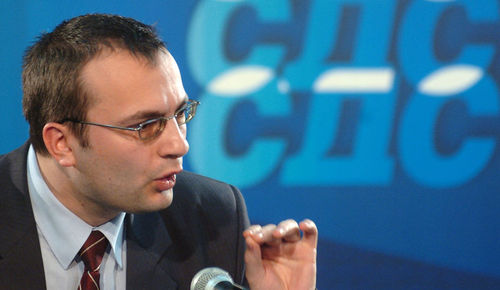 Bulgaria’s leading centre-right parties, the Union of Democratic Forces (UDF) and Democrats for a Strong Bulgaria (DSB), look poised to overcome years of bickering after deciding on March 10 to begin talks on a coalition ahead of this summer’s Parliament elections.

DSB gave leader Ivan Kostov, the former UDF prime minister who splintered the party he left in 2003, a mandate to negotiate the terms of the coalition agreement. More importantly, UDF’s national council gave a similar mandate to recently-elected leader Martin Dimitrov in a tight vote that saw opponents of the coalition defeated after a five-hour debate.

“UDF made an important gesture. It was not easy, but I thank the reasoning and the spirit of the National Council,” Dimitrov said after the meeting, as quoted by website mediapool.bg. “Some people split the right wing and made mistakes. Today we are leaving all that behind in the name of the future democratic governance of Bulgaria.”

The decision adopted by the council said that Dimitrov could hold talks with other parties that are members of the European People’s Party (EPP), of which there are four others in the country. Most notable among them are DSB and the Citizens for the European Development of Bulgaria (abbreviated as GERB in Bulgarian) of Sofia mayor Boiko Borissov.

GERB leads the opinion polls and Borissov has repeatedly said the party will not enter any coalitions before the elections, leaving the door open for talks with other right-leaning parties after the vote.