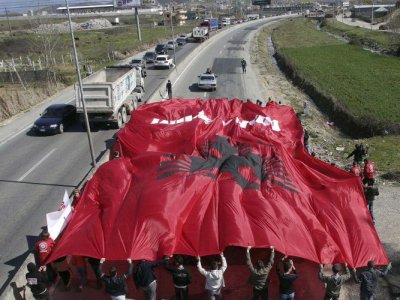 Albania has never held an election deemed free and fair by international observers.

Albania’s opposition urged the government on Wednesday to give identity cards to voters for free to avoid charges of fraud at the June 28 elections.

Albania has never held an election deemed free and fair by international observers and the polls will test the ex-communist Balkan nation’s readiness to join the European Union.

Under the election code, voters need either new secure IDs or a passport to vote to avoid charges of fraud or document forgery that have smeared past post-Communist polls.

“We very much fear the process of giving identity cards to citizens without passports is in danger of failing,” the opposition Socialist Party leader Edi Rama said, adding there were too many voters without cards and too little time.

Rama said the opposition worried the elections risked damaging Albania’s chances of joining the EU if hundreds of thousands of people were denied the right to vote.

Allowing poor Albanians to get the cards for free would “save the elections and the honour of Albania,” he said.

The opposition says only 10 percent of people without passports have applied for ID cards, compared with the government estimate of around 40 percent.

Prime Minister Sali Berisha, who has previously welcomed proposals to offer discounts of 20 to 46 percent on the 10 euro fee, dismissed the opposition’s comments as a smear campaign.

“Despite the senseless noise of the opposition that tries to blacken this process, 277,000 citizens have applied for the identity cards. Out of the group of 700,000 citizens without passports, some 400,000 have yet to apply,” Berisha said.

Some 125,000 cards were ready to be distributed in the capital Tirana, Berisha said, adding distribution beyond the capital had yet to start.

The government invited people to apply for secure IDs in mid-January, and a month later said only those who had no passports could apply before mid-April.

Berisha has asked both the European Union and the Organisation for Security and Cooperation in Europe to send as many observers as possible to monitor the elections.