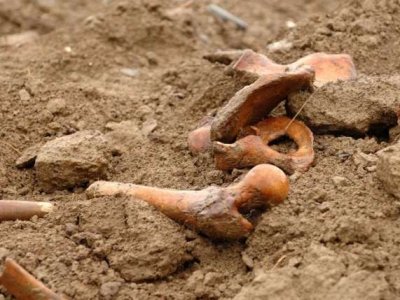 Police across Turkey have arrested dozens of suspects in the Ergenekon probe over the past year.

A Turkish colonel was arrested on Monday in connection with an investigation into alleged extrajudicial killings a decade ago in the mainly Kurdish southeast, Turkish media said.

Authorities this month began excavating suspected mass graves in the southeast and found bone fragments and clothing that may have belonged to Kurdish civilians and activists who went missing in the 1990s at the height of a war between government forces and the Kurdistan Workers’ Party (PKK).

The colonel, who is now head of the paramilitary gendarme force in central Kayseri province, served near the town of Cizre, some 40 miles (65 km) from the Iraqi border, from 1993 to 1996, the broadcaster NTV said.

The police had no immediate comment on the reports.

The PKK took up arms in 1984 to back its demand for an independent Kurdish homeland in the southeast. More than 40,000 people, mainly Kurds, have died in the conflict.

Turkish newspapers have reported that police are searching for human remains after receiving tip-offs from suspects in the investigation of the so-called Ergenekon group, a right-wing network accused of plotting to overthrow the government.

Police across Turkey have arrested dozens of suspects in the Ergenekon probe over the past year.