Kenyan police are investigating a man whom they suspect may be wanted by the Yugoslav war crimes tribunal, Agence France Press reported. 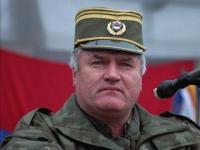 The man, whose identity has still not been released, was arrested Thursday in Mombasa.

According to this agency, the Kenyan police have sent the man’s fingerprints to Interpol to determine if he is a suspect wanted by the UN Tribunal in The Hague.

ICTY officials, on the other hand, said they are still waiting for confirmation of the arrest.

The Chinese state news agency Xinhua, reports that police officers arrested the man “from a beach hotel at 0700 GMT where he is claimed to have been running a diving club business”.

Xinhua quotes one of the hotel’s employees saying that the arrested man “has been running the club for nearly 20 years.”

According to this agency, the arrested man is about 65 years old.

The Hague’s top two fugitives still at large are Ratko Mladic and Goran Hadzic, but there is no indication that the detainee in Kenya is either one of those individuals.