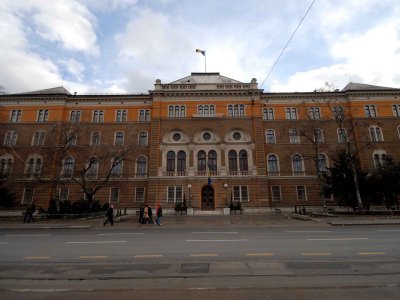 During his visit to Bosnia Herzegovina, Sutanovac said that the past cannot be forgotten, but more can be done for a better future.

The defence ministers of Serbia and Bosnia Herzegovina, Dragan Sutanovac and Selmo Cikotic, announced on Wednesday in Sarajevo the possibility of strengthening the cooperation of the two countries on the military front, especially in the field of the weapons industry and military equipment.

Sutanovac, who was on an official visit to Bosnia Herzegovina, told the press after a meeting with Cikotic that the past cannot be forgotten, but more can be done to build a better future.

“We try to invest maximum effort into that” said Sutanovac. He added that Serbia and Bosnia Herzegovina could cooperate in training their staff, especially in planning participation in peace missions, but with the aim of better exploiting the existing capacities of the military industry.

During his visit to Sarajevo, the Serbian defence minister was also hosted by the chairman of the Bosnian presidency, Nebojsa Radmanovic.

His office reported he conveyed a message to Sutanovac, saying that cooperation with its neighbours in all fields, including military, is important for Bosnia Herzegovina, because that is the only way to ensure lasting peace and stability in the western Balkans.