Electricity Goes Up in Price in Kosovo 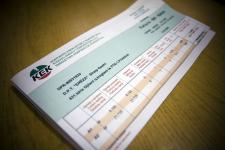 A 2.5-per-cent increase in the price of electric energy came into force in Kosovo on Wednesday.

The increase is line with proposals of the Regulatory Energy Office.

The decision was backed by the government but condemned by various consumer and rights organisations.

Critics of the increase say consumers are being forced to pay for the failures of Kosovo’s state electric company, the KEK.

Adelina Myrtezaj, spokesman of the Energy Office, dismissed the criticisms as “unconvincing,” however, and said they would not influence the decision.

“Consumers will get bills in April with the new tariffs incorporated,” Myrtezaj said.

Ten years after the end of 1999 conflict in Kosovo, the country has continued to experienced severe problems with energy supplies. The problems are aggravated by the fact that a large percentage of the population does not pay for the power that they use.