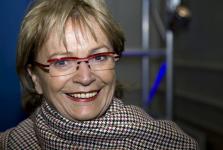 The UN mission in Kosovo is no longer needed, a delegation from the European Parliament said on Monday.

Doris Pack, head of the European Parliament’s delegation for the West Balkans, made the comments after a meeting with Kosovo Prime Minister Hashim Thaci.

The European mission in Kosovo, EULEX, declared itself “fully operational” at a ceremony on Monday.

Pack said, “We need EULEX all around Kosovo and have agreed that we don’t need UNMIK any more.”

She said EULEX’s deployment across Kosovo is vital in the fight against crime in the north, adding both Kosovo Albanians and Serbs were to blame for problems.

“If you look at the north, you will see that criminal Albanians and Serbs are cooperating there and are making use of the political status of the north for illicit actions,” she said.

Kosovo has been administered by the United Nations’ mission, UNMIK, since NATO’s intervention in 1999. UNMIK is being replaced by EULEX following the agreement of a six-point plan at the UN.