President Filip Vujanovic was to begin consultations Monday (May 4th) with Montenegro’s political parties regarding the formation of a new government. The talks, however, are being boycotted by two opposition parties — the Socialist People’s Party and New Serbian Democracy.

Last week, the Democratic Party of Socialists, which scored a convincing victory in the March general elections, nominated its leader, Milo Djukanovic, for a sixth mandate as prime minister. The government should be formed by the end of the month. Local media speculated that it will be very similar to the incumbent one, led by Djukanovic’s “For a European Montenegro” coalition. 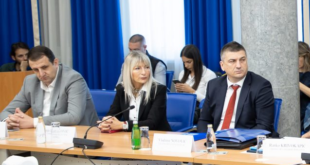