Foreign Minister Markos Kyprianou said on Friday (May 15th) Nicosia does not intend to veto Turkey’s EU accession process, “either on its own or with another country”.

The minister, however, added his government “is preparing for all scenarios” ahead of December, when the Union is expected to assess Ankara’s progress in meeting EU membership criteria.

“We will reflect upon the possible repercussions for Turkey, and we’ll decide whether to give our consent to the opening of new negotiation chapters [in its membership talks],” Kyprianou said.

Turkey began EU talks in October 2005 but has so far opened only ten of the 35 negotiation chapters, mainly because of tensions with Cyprus and opposition from some other member states.

Meanwhile, UN Secretary-General Ban Ki-moon is calling on Cypriot leaders to speed up UN-led talks to reunify the island. In his report on renewing the mandate of the UN peacekeeping mission in Cyprus, Ban noted the two Cypriot communities have achieved “encouraging progress” in the ongoing talks and urged them to “sustain the momentum”.

He also called for the opening “without further delay” of a new crossing point near the village of Limnitis to facilitate free movement between the Turkish and Greek parts of the island.

In other news, Turkey denounced on Friday a recent ruling by the European Court of Justice that backed the right of Greek Cypriots to reclaim property abandoned in northern Cyprus after the 1974 Turkish intervention and later sold to foreigners.

Ankara warned that the ruling may damage ongoing the reunification talks. “Attempts to hurt the peace process in Cyprus by individual court decisions are unacceptable,” the Turkish foreign ministry said in a statement. 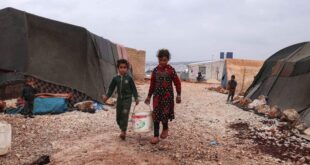 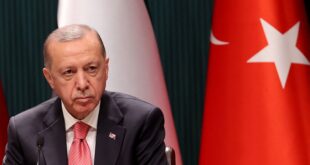