The new government in the self-proclaimed Turkish Republic of Northern Cyprus won a confidence vote in parliament Monday (May 18th), media reported. The government won support from 26 of the 50 lawmakers, while 23 voted “against”, allowing the National Unity Party’s (UBP) cabinet to formally assume office.

Prime Minister Dervis Eroglu pledged to work for the welfare of Turkish Cypriots and for a solution to the island’s long-standing division. The right-wing UBP won the April 19th parliamentary elections, beating the left-wing Republican Turkish Party. 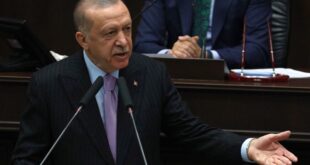