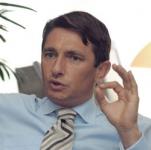 in Croatia’s EU accession negotiations, leaving Zagreb with a total of 13 blocked chapters.

The statistics chapter is particularly sensitive as it contains maps sent to Brussels as party of Croatia’s accession documents, with the country’s borders pre-drawn against Slovenia’s wishes.

Slovenia and Croatia have been unable to agree on their common land and sea borders since they both seceded from Yugoslavia in 1991.

Slovenian Prime Minister Borut Pahor told reporters that Slovenia desired that EU accession negotiations with Croatia would continue, but holds that Slovenia is not at fault for its decision to block Croatia’s latest chapter talks, placing the blame on Zagreb for attempting to pre-judge the border.

Croatia was hoping that the statistics chapter would be closed at an inter-governmental accession conference scheduled for this Friday.

Croatia opened membership talks with the EU in 2005 and hopes to complete the negotiations before November 2009, but it would need support from Slovenia, which joined the club in 2004.

Tensions rose last December when Slovenia blocked the opening or closing of 11 chapters of Croatia’s 35-chapter EU negotiations package over the unresolved issue.

The EU had hoped to open at least four out of the 35 thematic chapters in the accession negotiating process at a meeting with Croatian officials.
However, Slovenia refused to back the opening of chapters covering regional policy; justice, freedom and security issues, the environment and the free circulation of capital.

All other EU member-states have given the green light for the opening of the four policy chapters.