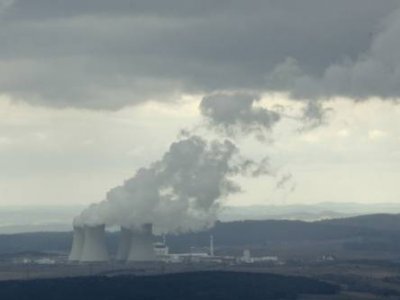 The Vinca Nuclear Institute, 17 km (11 miles) southeast of Belgrade, will ship 2.5 tonnes of spent fuel rods and 13 kg of highly enriched uranium via Russia’s state-run Rosatom corporation by the end of 2010 for reprocessing and storage.

“Vinca has been a safety and security hazard and the more we continue to keep the spent fuel (there)…the more the risk increases,” ElBaradei said. “There is a safety risk from radioactivity dispersal (in Vinca), but also a small, but important security risk,” ElBaradei said.

In a 2009 report, IAEA officials said there were 8,030 used rods at Vinca’s spent fuel pool, only 2 km (1.25 miles) from the River Danube, stored in rusty and leaking containers.

Radioactive material at decrepit and sometimes poorly guarded facilities in many countries poses environmental risks, and security officials worry about the dangers if any of it were to fall into the hands of terrorists.

The former Soviet Union gave the fuel rods to the Vinca institute in 1976 for research work. In 2002, Serbia shipped 6,000 unused fuel rods to Russia.

Security experts say the Vinca material would be difficult to process into a weapons-grade substance, but that there was a potential for a dirty bomb, a device which combines conventional explosives and radioactive material and could contaminate a large area if such a bomb goes off.

The $54 million deal with Rosatom envisions repatriation of nuclear waste, improvement of waste management and total decommissioning of the larger of two Vinca reactors.

Serbia still needs $2 million to fund the repatriation of spent fuel to Russia, Bozidar Djelic, Serbia’s deputy prime minister said after meeting ElBaradei. “As soon as we do that, Serbia will be removed from a list of countries which could be targeted by nuclear terrorism,” Djelic said.

ElBaradei said the IAEA would try to make sure Serbia received the funds it needs to complete the process in Vinca.