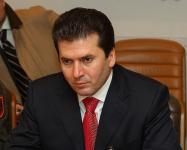 Albania’s Supreme Court on Monday again delayed the case against former defence minister Fatmir Mediu – indicted over a deadly blast at a munitions depot in March 2008 – after his lawyers failed to show up in court.

The lawyers notified the court that they were stranded in Kukes, in northern Albania, after the closure of a tunnel in the Rreshen-Kalimash road, linking it to Tirana.

Prosecutors contested the claim, arguing that the tunnel would not have closed until Monday at 11pm., a deadline confirmed to Balkan Insight by sources on the ground. The case has been pushed forward to September 14.

In early September he will be given his new mandate in parliament and the belief is widespread that the court may drop the case, asking prosecutors to seek the lifting of Mediu’s immunity once again.

Considering the international pressure that was needed to lift the immunity of the former minister the first time around, many believe the procedure may be stalled as a result of political pressure from his allies in the ruling coalition of Prime Minister Sali Berisha.

The Supreme Court panel is reviewing charges against the former minister for abuse of power over the blast. The explosion at a Gerdec munitions depot on March 15 2008, ten kilometres outside Tirana, killed 26 people, injured over 300 and left over 3,000 homeless.

The General Prosecutor, Ina Rama, filed the case with the Supreme Court in March, indicting 29 people for their actions in relation to the explosion, among them former senior Defence Ministry officials, with charges ranging from abuse of power to murder.

The case against all the other defendants, apart from Mediu, was separated and sent by the high court, to the Tirana district court.

Aside from Mediu, the indicted include the former Chief of Staff, Luan Hoxha, General Shpetim Spahiu, and General Zija Bahja. All have denied any wrongdoing. If convicted, they face up to seven years in prison.

Although the government has promised a fair trial, it has attacked Prosecutor Rama almost daily for bringing charges against Mediu, a close ally of the Prime Minister in the centre-right coalition.

Prosecutors have also filed murder charges against Mihal Delijorgji, the owner of the Alba-Demil company that managed the demolition work at the blast site, its administrator, Dritan Minxholi, and Ylli Pinari, the former head of Albania`s arms export agency MEICO, which was in charge of supervising demolition work at the site. Sokol Ngjeci, a MEICO supervisor for the demolition site, has also been charged with murder. They have all denied the charges.

If found guilty, the four face between 20 years and life in prison.

Estimates published by the government say the explosion caused more than 20 million euro in damages to the surrounding area. According to the emergency services, 400 houses were totally destroyed, 188 were severely damaged, 200 sustained major damage and 1,600 others slightly damaged.

The explosions began after workers moved stocks of old Chinese and Soviet shells stored at the base, once a central collection point for the arsenal amassed by the communist-era dictatorship of Enver Hoxha. Albania had been trying for years to dismantle the obsolete arsenal, which was one of the conditions for the country’s successful entry into NATO.