Turkey Calls For Referendum In Cyprus By End-2009 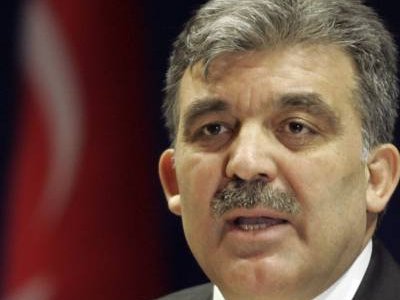 Turkey wants talks aimed at reunifying Cyprus to conclude soon and a referendum by the end of 2009, President Abdullah Gul told a news conference with Turkish Cypriot leader Mehmet Ali Talat on Monday.

The Mediterranean island of Cyprus has been divided along ethnic lines since 1974. The two sides launched reunification talks last year. The division is a key obstacle in Turkey’s bid to join the European Union.

“We want the negotiations to be concluded speedily. If possible, we want to see (the result of the negotiations) submitted to the public through a referendum by the end of this year,” Gul said.

Talat said there was progress in some areas in negotiations with the Greek Cypriots, while some others remain difficult to solve. He did not elaborate.

Turkey’s entry to the European Union partly hinges on a peace deal in Cyprus, whose Greek Cypriots represent the island in the bloc.

The Greek and Turkish Cypriot communities started reunification talks last year, in a new bid to solve the protracted problem.

Any deal must be ratified in a referendum by the two communities. Diplomats are anxious for a deal before Turkish Cypriot go to the polls next April to elect a new leader.