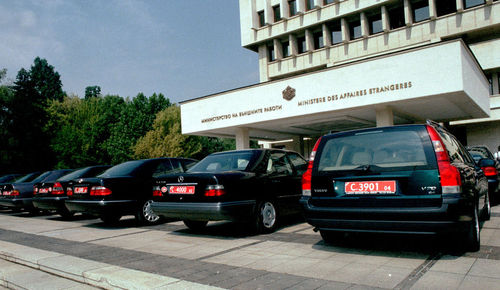 Four of the nine last-minute diplomatic appointments made by Bulgaria’s former government would be cancelled, Foreign Ministry spokesperson Daragovest Goranov said as quoted by Bulgarian BTA news agency on August 18 2009.

The appointment of Teodora Drenska, slated to become Bulgarian consul in Dublin, which was made before the final wave of diplomatic postings, will not happen either, Goranov said.

Choukov was a foreign policy adviser to former prime minister Sergei Stanishev. Paparizov is a former member of the European Parliament from Stanishev’s Bulgarian Socialist Party. Angelieva and Drenska are both former MPs from BSP’s former ruling coalition partner, the National Movement for Stabsility and Progress (NMSP). Palchev is a former MP from BSP’s other former ruling coalition partner, the Movement for Rights and Freedoms.

According to Draganov, the four did not meet the legal requirements for the posts, as stipulated in the Diplomatic Service Act. The Foreign Ministry would only send career diplomats to postings abroad, he said, which was why the other five appointments made by the previous government would not be reconsidered.

The nine appointments were made on July 9 2009, four days after the general elections lost by the ruling tripartite coalition, when it was clear that Boiko Borissov, ruler of the opposition GERB party, would be the new prime minister.

On July 8 2009, Borissov said: “I want to ask Prime Minister Sergei Stanishev not to appoint any diplomats at the Cabinet’s Thursday (July 9) weekly session”.

Post Views: 65
Previous 64% of Bulgarians content with parliamentary election results: NCSPO
Next Over 4,000 victims of communism in Albania have no graves