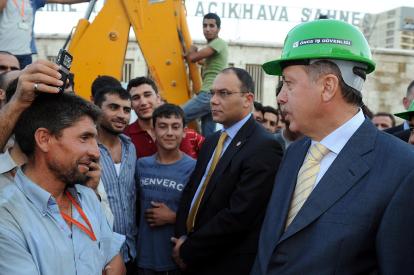 The International Monetary Fund’s goal of reaching agreement with Turkey for a possible loan to the country doesn’t have to be achieved at the lender’s annual meeting next month in Istanbul, an IMF spokesman said.

“Both the Turkish authorities and the IMF would like to reach a conclusion regarding a possible program as soon as possible,” David Hawley, a senior adviser in the fund’s external relations department, said in a briefing Thursday in Washington. “The outcome of the discussions is not influenced by the timing of the meetings.”

The IMF and World Bank’s annual meetings are scheduled for Oct. 6-7 in Istanbul.

Meanwhile, Barclays Capital said Turkey probably will not sign a new loan accord with the IMF.

“Based on recent commentary from both sides we now believe that an IMF program is no longer likely,” Keller said. “This will force the government to roll over debt at rates of over 100 percent, leaving less room for private sector lending.”